Whether military and Veteran students are pursuing a new career, advancing a current career, or simply want to expand upon their education, they have found great success at COTC. Read about some of the experiences our military and student Veterans are pursuing.

From being a dual-enrollment student at C-TEC and Central Ohio Technical College (COTC) to being an employee at Salas O’Brien in Granville, Ohio, an Army reservist and COTC engineering technology student, Sydney Palur is doing what she loves thanks to COTC. 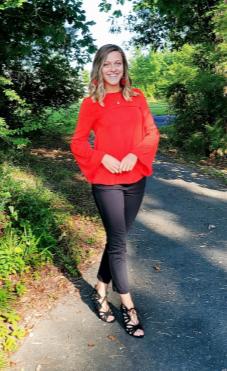 “So, after going through all my military training, and finally, getting into the reserves, I decided to go back to school. But this time, I was going to start at a technical school, thinking that it would be affordable, and I would get a better education with smaller classes,” said Palur. “I went back to COTC because I already had credits and I already knew the college and some of the engineering professors. I fell in love with the program, the professors, the people and how students are just so involved.”

Palur has less than a year on her contract with the Army Reserves. If she reenlists, she will be promoted to a non-commissioned officer role that is more of a leadership position than what she now fulfills. Palur plans to graduate from COTC in 2022 with her Associate of Applied Science in Engineering Technology. Her long-term plans include pursuing her bachelor’s degree in engineering and becoming a commissioned officer in the Army.

“Without my military experiences, education as a dual-enrollment at C-TEC and COTC and on-the-job opportunities, I wouldn’t be where I am today.” 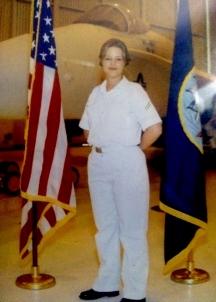 When Megan Connell-Cox joined the U.S. Navy at 21, she was trying to run away from a life of problems that wasn’t working for her anymore, but she was also unknowingly running toward a life with direction filled by her true purpose and passion.

“I wasn’t happy with my life at that point. I wasn’t happy with where I was living or where I saw my life was heading,” she said. Connell-Cox’s life had been punctuated by traumatic events that left their mark on her and caused her to turn to drugs and alcohol. She enlisted as an aviation ordnanceman in Jan. 2001.

“When I was 21, belonging to the military didn’t mean to me what it means to me today,” she said. In late summer of 2002, Connell-Cox was injured when loading a MK-82 500 lb. (inert) bomb. After being discharged from the military, the long list of medications prescribed to her because of her injuries became crutches for addiction. Earlier life trauma and military experiences also caused post-traumatic stress (PTS).

Connell-Cox’s sobriety has led her to her true purpose and passion in life: social work. She enrolled in Central Ohio Technical College’s human services program in 2017. “I honestly believe that the last two years as a student learning the professional side of helping those with issues that I have dealt with and still do has really shown me that social work is the correct career path for me,” she said. 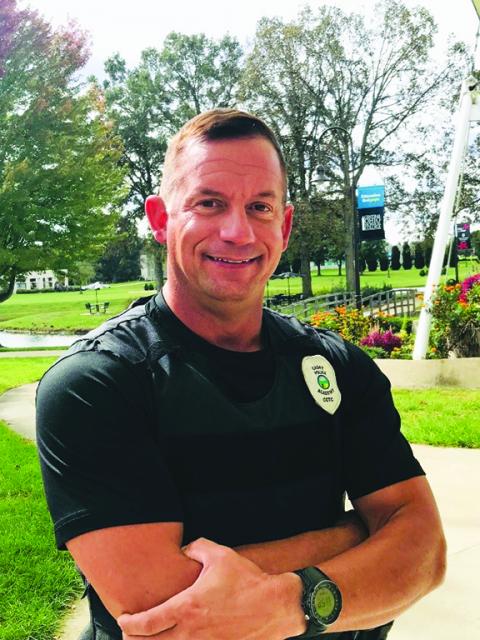 Clark was a combat medic in the U.S. Army from 2008 to 2014. He was stationed in Italy with two deployments to Afghanistan where he received two combat medic badges. Once his service was complete, George was left with a void to fill. That’s when he discovered COTC.

“I met Commander Sowards. I was really impressed that the commander of the program was willing to sit down and answer any questions that I had. I had a lot of hard questions — why I would want to go to your academy, what’s great about your instructors — and he had a lot of really great answers,” said Clark. He enrolled in autumn 2017. The instructors have exceeded Clark’s expectations. “They’re truly teachers. They treat you with respect.

Enrolling at COTC was seamless, said Clark. He thought using his G.I. Bill benefits would be difficult, a commonly held belief by veterans. He found that the opposite was true, but he has faced other challenges: the academic challenge of going back to school after more than 20 years; the physical challenge of fitness tests required for Ohio peace officers; the social challenge of relating to students half his age. He had to learn how to be a student, something he learned from his classmates.

“I’m learning about myself through this program. I don’t want it to be over. It’s fun,” said Clark when considering graduation. “I’m looking forward to the achievement because it wasn’t a sure thing.” 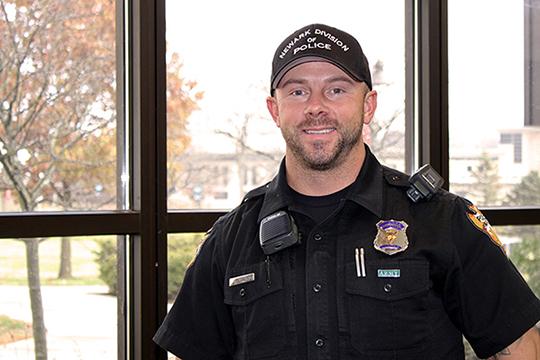 Steven Carles started his adult life much like his childhood — bouncing from one place to another without certainty for what came next. The trials of his adolescence, university and military experience reconciled when he enrolled in the law enforcement technology (LET) program at Central Ohio Technical College (COTC). Today he’s working his dream job and becoming the person he wished he had known in his youth.

Carles is a citizens initiative officer at the Newark Division of Police. His job involves responding to citizen complaints, assisting with the Citizen Police Academy program, teaching ALICE and active shooter training to local schools, and working the Newark Addiction Recovery Initiative (NARI). It’s that last duty that hits close to home for the young officer.

“I’ve overcome a lot,” Carles said matter-of-factly. A child of addicts, he lost his parents to drug overdoses, lived in foster homes for most of his childhood and cut ties with five of his six siblings who followed in their parents’ footsteps. “I’ve experienced addiction — not as a user, but I’ve lived that life. I would love to get drug users the help they need because unfortunately it’s too late for my parents. There are so many resources for them; they just need the guidance.”

Carles graduated from Heath High School in 2007. He went to two universities and then to COTC before enlisting in the U.S. Army in 2011. He spent four years on active duty at Fort Bragg in North Carolina. He also became a husband and father during that time and decided it was time to come home to Ohio. He remains active in the Army Reserve today.

“Law enforcement was on my mind more because of the very similar paths [between the military and law enforcement]. I looked right into the police academy and LET program,” he said about his return to civilian life and higher education. Carles jumped back in where he left off, retaining the credits he had earned before. “I had been out of school for four to five years, so the first couple semesters were tough. Once we got into the law enforcement classes that were geared toward the job, I was more interested in it. I was more excited to go to school. The professors were all great.”

Carles completed the police academy in 2016 and earned an associate degree in LET in 2017. Getting a job as a police officer is a long, difficult process. Getting a job close to home is even harder. Carles spent one-and-a-half years in the Zanesville Police Department before an opening became available in Newark. It’s been two years since he accepted the position. 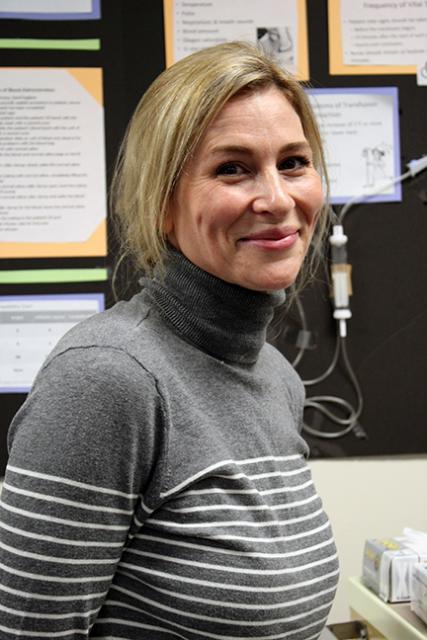 Whether Suzanne Smith is traveling the globe working on communications and navigation for the U.S. Air Force, keeping busy raising a family or attending classes to become a registered nurse, Smith is a self-dubbed “do-er,” and she’s found her fit at Central Ohio Technical College.

Born and raised in California, Smith enlisted in the Air Force after high school with an aim to “travel and see the world,” she says. “I’ve always loved aircraft and I basically just like being challenged. So, I went and read the book at the recruiter’s office about all the jobs that are in the Air Force and I picked the one I wanted.”

That job — in the field known as avionics — took Smith everywhere from North Dakota to Alabama to Portugal to Germany over the course of her six-year military career. When she and her husband returned to civilian life after his retirement from the military, the couple and their two sons settled in central Ohio; that’s when Smith discovered COTC.