From being a dual-enrollment student at C-TEC and Central Ohio Technical College (COTC) to being an employee at Salas O’Brien in Granville, Ohio, an Army reservist and COTC engineering technology student, Sydney Palur is doing what she loves thanks to COTC. 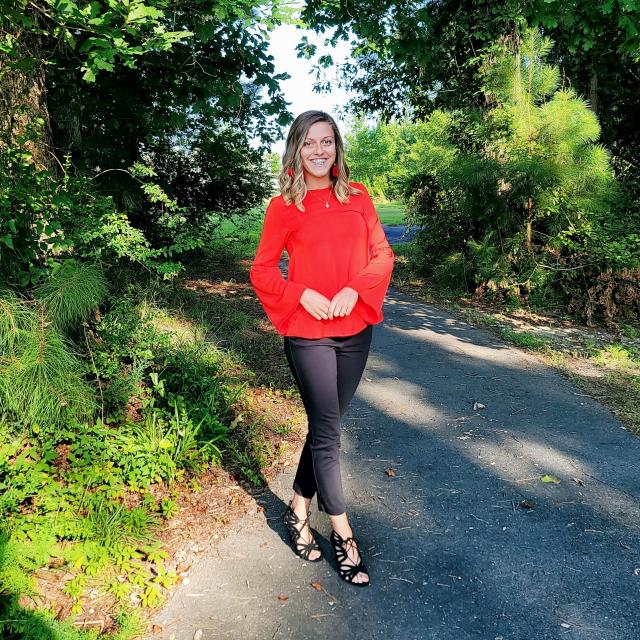 “So, after going through all my military training, and finally, getting into the reserves, I decided to go back to school. But this time, I was going to start at a technical school, thinking that it’d be affordable, and I would get a better education with smaller classes,” said Palur. “I went back to COTC because I already had credits and I already knew the college and some of the engineering professors. I fell in love with the program, the professors, the people and how students are just so involved.”

Palur was chosen for the second team of the 2021 All-Ohio Community College Academic Team, recognizing her excellence in academics, leadership and community service. She also received a $500 scholarship. Palur was also inducted into COTC’s chapter of Phi Theta Kappa (PTK), Alpha Theta Zeta, the most prestigious international honor society for two-year college students. PTK serves to recognize the academic achievement of two-year college students and provide opportunities for individual growth and development through honors, leadership and service programming. To become a member, a two-year college student must have completed 12 credit hours of associate degree coursework and have a grade point average of at least 3.5.

While attending school full-time, her previous education as a dual-enrollment student has helped her work part-time as a CAD drafter at several companies including Corning Incorporated, Burgess Corporation and Varo Engineers.

“I do a lot of 3D modeling and 2D blueprints. My specialty is focused on the mechanical side of engineering. So, I mainly do machinery that is involved in manufacturing processes,” said Palur. “I’ve done railroads and electrical plans for government facilities. I’ve done architecture and structural buildings. I truly have been able to tap into all branches of engineering including mechanical, structural, electrical and even architectural plans, but I really enjoy working on machinery in the manufacturing environments.”

Palur has less than a year on her contract with the Army Reserves. If she reenlists, she will be promoted to a non-commissioned officer role that is more of a leadership position than what she now fulfills. Palur plans to graduate from COTC in 2022 with her Associate of Applied Science in Engineering Technology.

Her long-term plans include pursuing her bachelor’s degree in engineering and becoming a commissioned officer in the Army.

“Without my military experiences, education as a dual-enrollment at C-TEC and COTC and on-the-job opportunities, I wouldn’t be where I am today.”