The Legends of Loyalty award was established by the Office of the President to identify and recognize the recipients’ dedication and commitment to the college. It spotlights individuals who have, over the years, made a significant impact on the history of the college, and have gone above and beyond their required duties and proven unselfish allegiance. 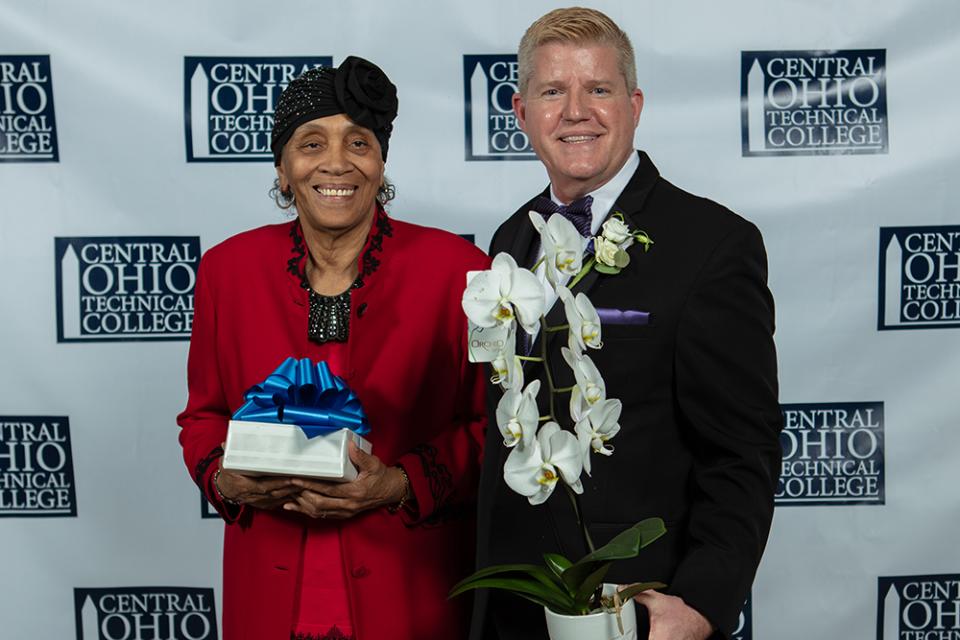 During her 31 years working for both COTC and The Ohio State University at Newark, Marie Dacus touched the lives of countless individuals, making an extra effort to get to know staff and students by name. She was known for always offering a congenial Southern greeting as she stuffed campus mailboxes. “Her kindness, humility and faith provided a moment of calm respite during otherwise stressful workdays. Although she’s retired, she’ll never be forgotten because we remember how she made us feel,” said Jacqueline Parrill, EdD, COTC’s vice president and chief of staff. 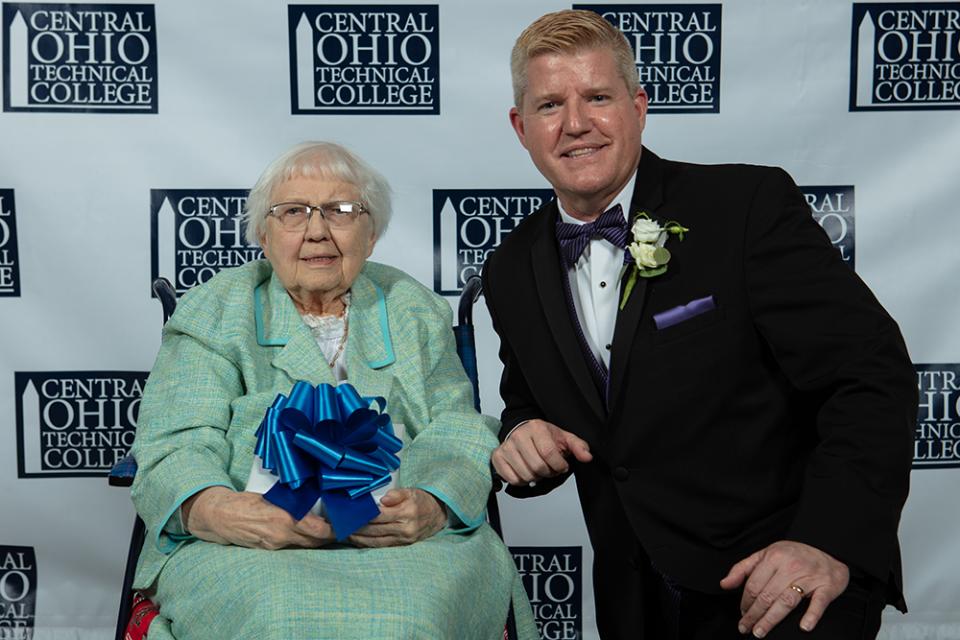 After graduating from Ohio State with a Bachelor of Science in Nursing, Clarissa Ann Howard began a nursing career at Licking Memorial Hospital that spanned four decades. In the early 1970s, she played a key role in the development of COTC’s nursing program because she wanted to ensure a steady pipeline of registered nurses to meet the workforce needs of the hospital. In 1990, she was honored with the Licking Memorial Health Systems’ President’s Award for outstanding service to the hospital and the community. Demonstrating her unwavering dedication to the nursing profession and the education of future nurses, she has designated a significant portion of her estate to fund a nursing scholarship at COTC, ensuring nursing education will thrive in the future. 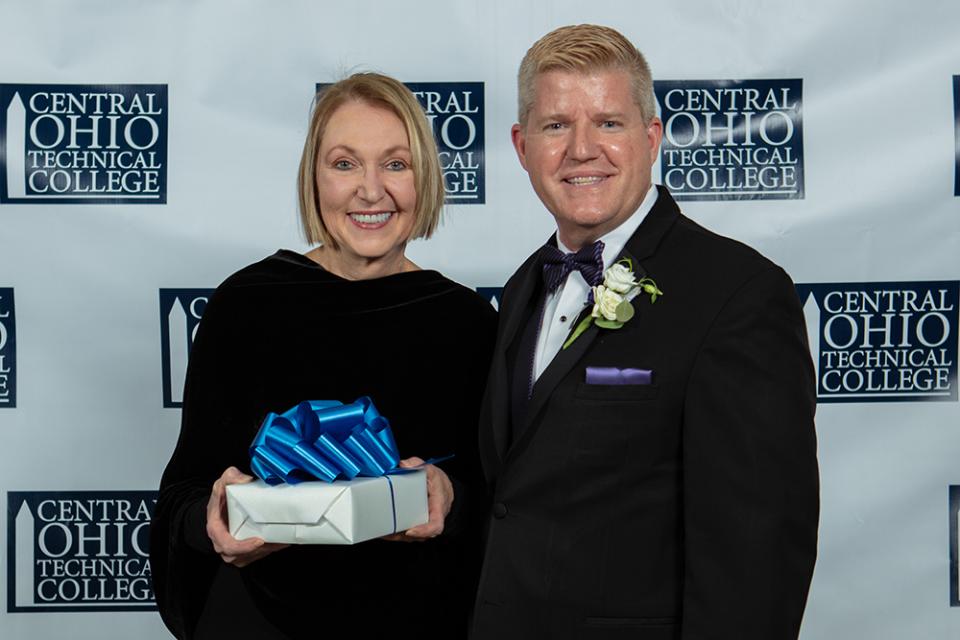 When the Newark community embarked on a fundraising campaign in 1966 to establish a permanent site for Ohio State’s Newark campus (which would later become the shared Ohio State Newark/COTC campus), Park National Bank’s corporate gift was the largest single donation to the campaign. Since that time, the organization’s leaders have served on COTC’s Board of Trustees and a variety of other campus committees. Since the Newark Campus Development Fund’s creation in the mid-1980s, nearly a dozen Park National Bank presidents, executives and directors have supported the college by serving on the NCDF’s Board of Trustees. In addition to its support of capital projects, including the Everett D. Reese Carillon, the John Gilbert Reese Center and the John and Mary Alford Center for Science and Technology, Park National Bank and its associates have established two separate endowed scholarships in honor of its past presidents. 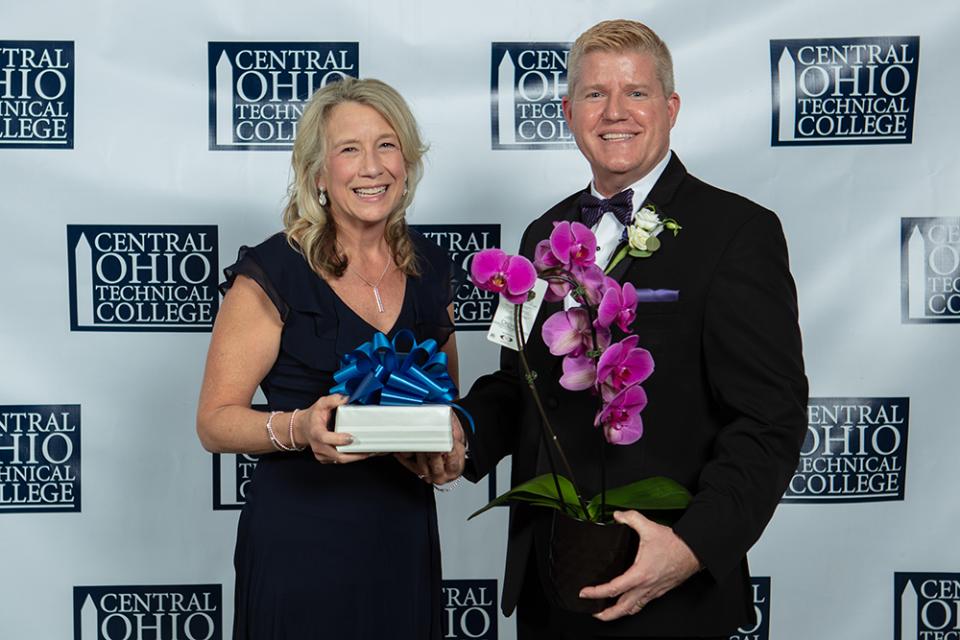 As the director of student financial services for both COTC and Ohio State Newark, Faith Phillips has made it possible for thousands of students to overcome financial barriers to degree completion. During her 25-year tenure, she has built a team that is student-focused and committed to outstanding service, all while maintaining a track record of excellent compliance and audit requirements. Phillips has had a pivotal role in administering scholarships for the college, including the creation of the Coshocton and Knox Promise initiatives. She is active in the Ohio Association of Student Financial Aid Administrators (OASFAA), including as president, treasurer and co-chair of many committees. In 2021, she was presented with the Alex Murdoch Service Award by her peers in the OASFAA for “putting her whole heart and soul into her community and the association.”

Marilyn C. Tritt became a COTC nursing instructor in 1972 and joined the college’s administrative team as chair and instructor in the division of health technologies in 1974. In 1980, she became chair of the division of general studies, and in 1985, was promoted to dean of academic affairs. In 1990, when the Premier Scholarship was created by COTC faculty and staff, Tritt was a charter member. Upon her retirement in 1994, the COTC Board of Trustees appointed her senior administrator emeritus. When she passed away in 1995, her family and friends endowed a scholarship in her memory to benefit full-time students in health sciences technology with demonstrated academic success and financial need. In 2016, her husband, Donald G. Tritt, PhD, added a very generous charitable bequest to the fund. 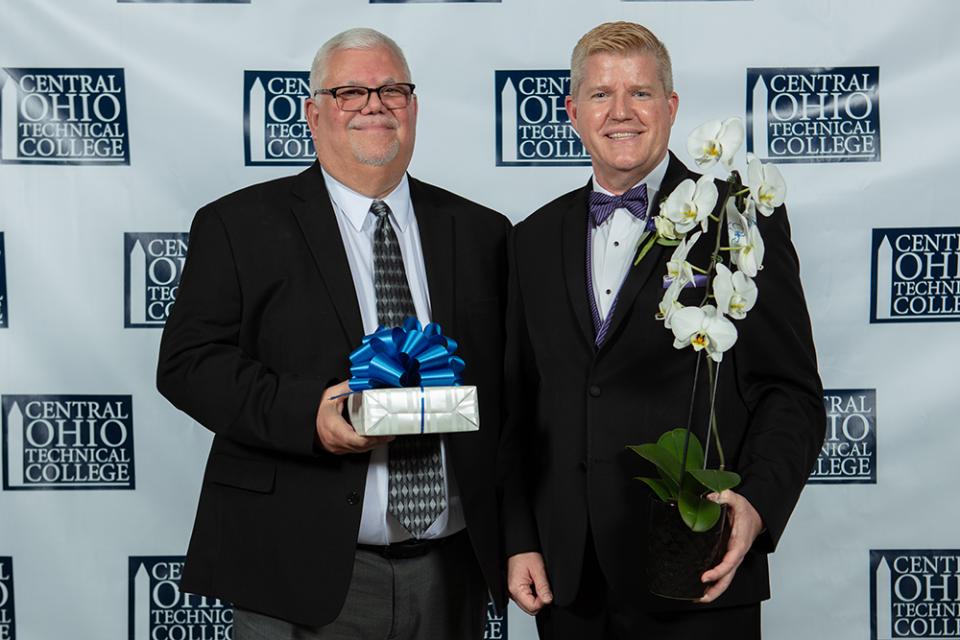 Doug Warthen began his COTC career in 1988 as an accountant in the Office of Fees and Deposits. Through the years he took on various roles and promotions leading up to his appointment as assistant director of facilities in 2012, where he continues to serve. During his 32-year tenure, he has continually put the needs of the college and its constituents first, making an extra effort to complete a project, address an issue or deal with any emergency that might arise. With his responsibility for overseeing the space needs for campus events, he has established outstanding relationships with customers and clients, both internal and external. His devotion to COTC, his many contributions and years of service, combined with his quick smile and light-hearted sense of humor, have earned him the respect and admiration of the campus community.

The 2021 Legends of Loyalty recipients are: 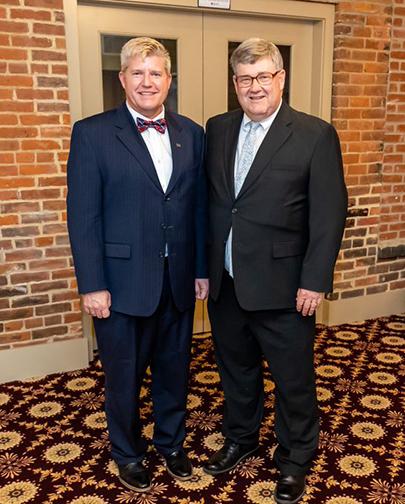 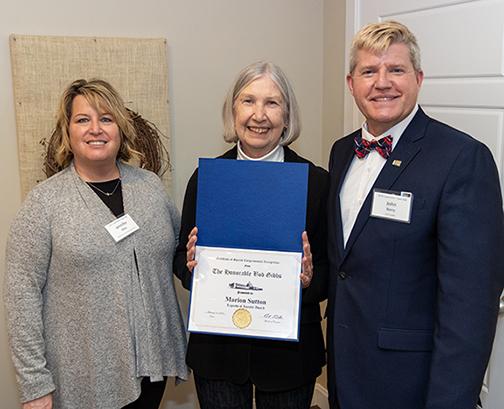 The 2019 Legends of Loyalty recipients are: 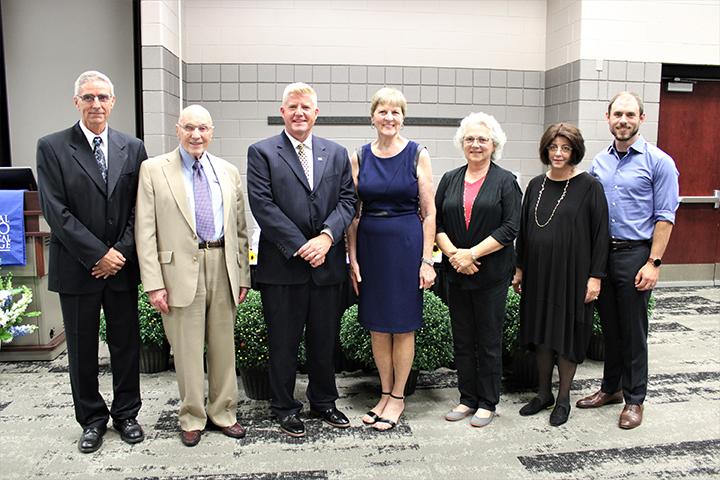 The 2018 Legends of Loyalty recipients are:

The 2017 Legends of Loyalty recipients are:

The 2016 Legends of Loyalty recipients are: 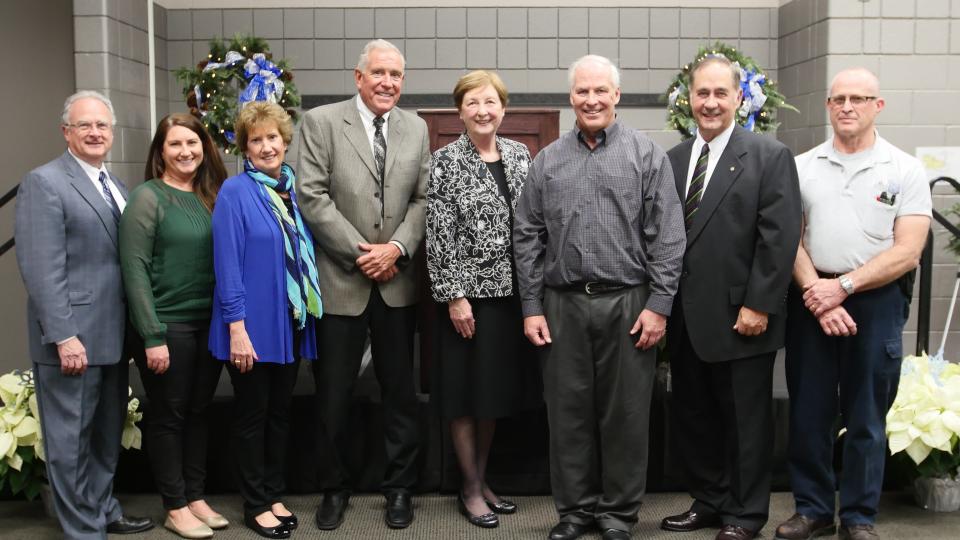 The 2015 Legends of Loyalty Award recipients are: 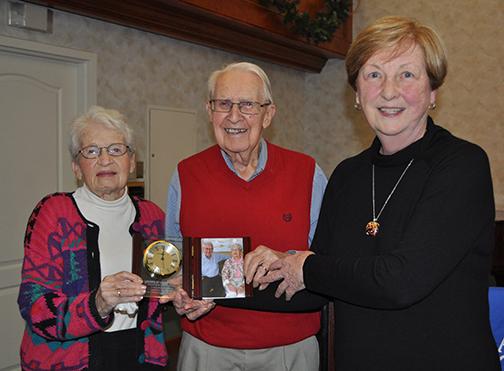 The 2014 Legends of Loyalty Award recipients are: 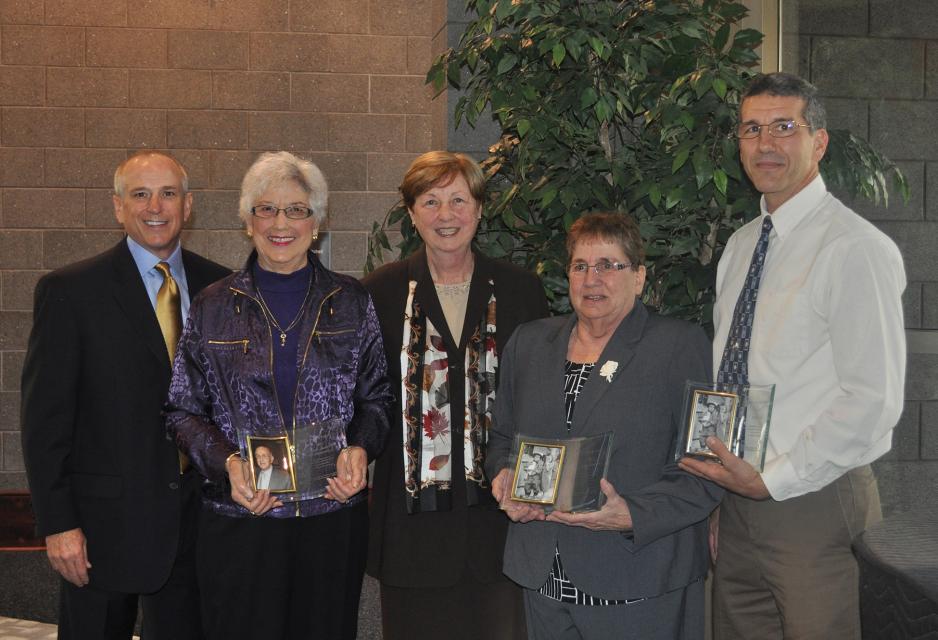