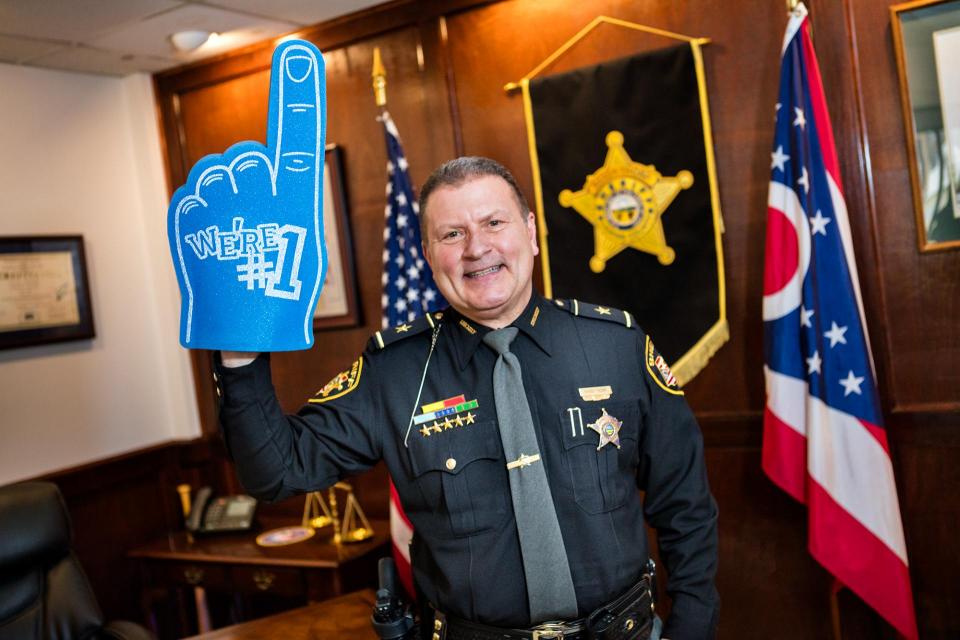 Licking County Sheriff Randy Thorp is now serving his fourth term in office, and he believes a great deal of his success can be credited to Central Ohio Technical College (COTC). “Growing up I thought about a career in law enforcement a lot, but I didn’t start out there immediately. It just kind of evolved,” said Thorp. “When I started in Licking County as a deputy at the sheriff’s office a long time ago, I never dreamed I would be the sheriff. However, it’s all worked out, and COTC was a big part of that.”

Thorp graduated with a criminal justice degree from COTC in 2000 and has been Licking County’s top law enforcement officer for more than a decade. He initially chose COTC for college because it was close to home. However, he now knows that the small, quaint atmosphere helped him and many others succeed in their careers. “It was a great experience with the professors and instructors we had. Classroom sizes weren’t too big,” said Thorp. “When I run across a lot of people in this field, and in other areas and industries in town, we share stories about going to COTC. I also now see how involved COTC is in the community.”

Thorp lives in Newark and is excited about what the future holds for the community and Licking County. He thinks COTC is a huge part of that and is proud to tell others he’s a graduate of a number one ranked college. “I’m very proud of the campus,” said Thorp. “It’s in my hometown. It’s here in Licking County, and I’m proud of Newark and Licking County as whole. Having COTC here touching so many lives, not only in our county but also in Central Ohio, I’m very proud of that fact. I just appreciate what COTC has done for me.”