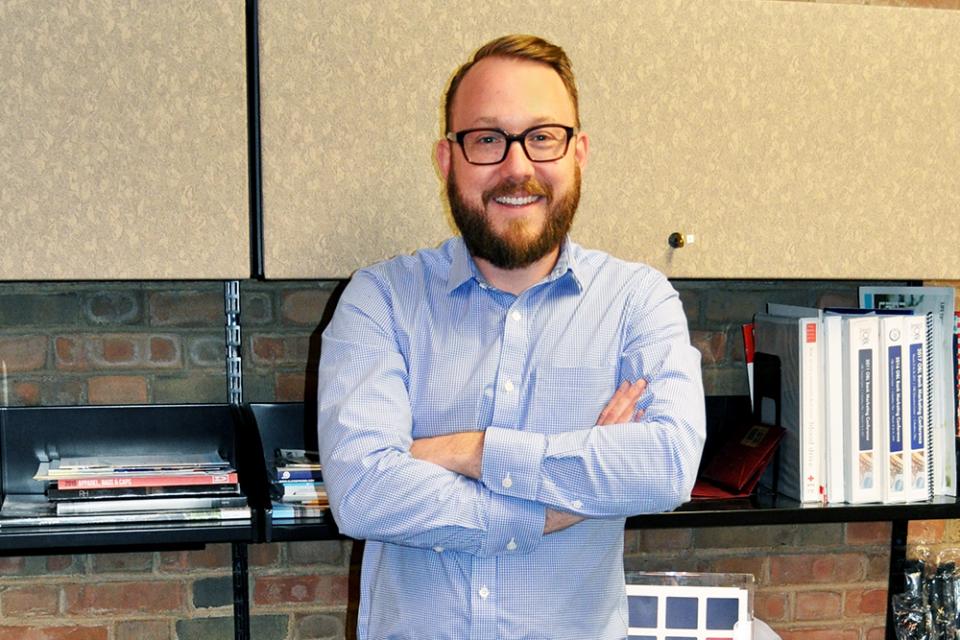 When Chase Ghiloni graduated from Newark High School in 2001, he didn’t think college was all that important. These days he has a different opinion. Ghiloni is now the vice president of marketing at First Federal Savings in Newark, Ohio, and credits his success to his digital media design degree from Central Ohio Technical College (COTC). “I was never really the college type. I never really applied myself in high school. I just wanted to get it over with and move on,” said Ghiloni. “But, after being out of high school for a few years, I wanted more. I was in retail, and it was a dead-end job. I couldn’t move up anymore. It was very exhausting. So, I thought I would give this digital media design thing at COTC a try.”

Ghiloni started taking classes at COTC in 2007 when he was 25 years old. At the time, he didn’t know anything about computers or design, but quickly learned and loved everything about it. Just before he graduated in 2010, Ghiloni and a classmate teamed up to open a video production company. “COTC gave me confidence. It boosted my confidence,” said Ghiloni. “The fact that I could actually go and talk to people, lenders and people who might want to invest in our company, was important. I met a lot of people through COTC, and I met big players in the community. I was able to make connections and network.”

Those connections are what lead him to First Federal. Ghiloni said a person he had met through COTC asked if he would be interested in the marketing position at the bank. One thing lead to another, and Ghiloni accepted the job. “It was a great opportunity for me,” said Ghiloni. “I was so excited to take the position.”

Ghiloni now serves on the COTC Alumni Council as a way to give back to the college that has given him so much. The council is a group of volunteers who are an advisory committee to the director of development. It was established in 2007 to be the principal link between the college and its network of alumni. “It feels good to give back to COTC. I can always give my time.”