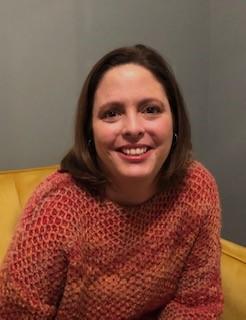 Kelly Layman, of Johnstown, is one step closer to her realizing a dream 22 years in the making now that she has graduated with an associate degree in nursing technology from Central Ohio Technical College (COTC).

Layman graduated from high school unsure of her career path. It wasn’t until after she earned a BS in Animal Science from The Ohio State University in 1996 that she decided her true calling was in the field of nursing. In 1997, Layman went back to the university and began taking nursing courses. A few quarters later, she and her husband were expecting their first child. She gave up school but continued to work at Reproductive Diagnostics Inc. and Cryobio, a job she still holds today.

It was a good job that she loved, Layman said, with a boss that was family-oriented – an important feature for the mother of now three children. But the death of a close friend in 2017 reminded Layman that life is short, and there was one thing she still really wanted to do with hers: become a nurse.

Going to school as an adult learner does present some challenges. Before she started, Layman’s biggest fear was that she’d be the oldest in her class. She wasn’t. Then she discovered that the classroom has changed since her first experience, and she had to adapt to an online learning environment. She did.

“I have had an incredible experience at COTC. It was a perfect match,” she said. “I was blessed with amazing instructors, clinical opportunities and classmates to share in this journey.”

She was also able to share it with her college-aged daughters, including one who is a freshman at Ohio State Newark that is co-located with COTC’s Newark campus. “Ohio State Newark and COTC offered a unique opportunity for me and my girls, and we have been very fortunate to share this with each other. My family has been super supportive of my decision to return to college and I couldn’t have done it without them.”

Now that Layman has an associate degree, she is set to take the N-CLEX, the national exam for the licensing of nurses and the final step before entering her new career as a registered nurse.

“I’m relieved to be done and both scared and excited to start that next chapter,” she said, adding, “But I’m ready.”