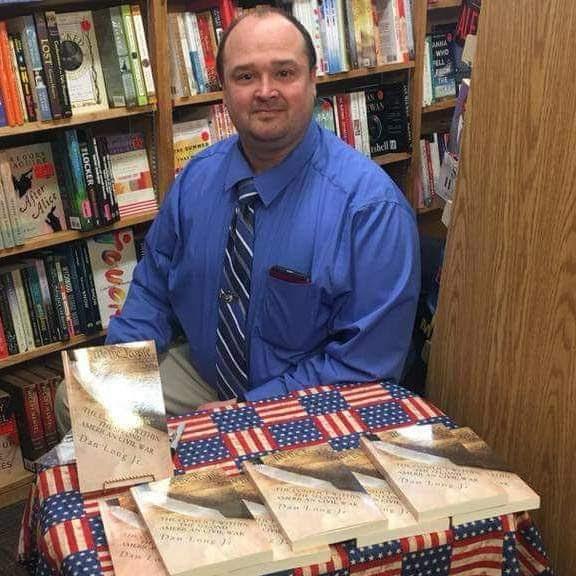 Utica resident and Central Ohio Technical College (COTC) alumnus Dan Long Jr. is the author of two fiction books. The first, The Conflict Within: The Second American Civil War, was released in 2017 for young adults. The second, The Season of Change, was released earlier this year. He will hold a book signing for both books on Jan. 10, 2022, from 10 a.m. to 2 p.m. at the Barnes & Noble bookstore on the college’s Newark campus.

The bookstore is located in the John L. and Christine Warner Library and Student Center, 1219 University Drive, Newark, OH 43055. Copies of the books are available for purchase.

The Season of Change

Jeremy William is a typical 9-year-old from New York City. When unforeseen circumstances force him to move to a farm with his Uncle Tom, an uncle he never knew existed, he discovers a whole new lifestyle. As he sets out to make friends at his new school, Jeremy discovers that not everyone likes the “new kid” and soon the question of why he never met Uncle Tom is answered. Go on Jeremy’s journey as he meets new people, learns about his family’s past and discovers the meaning of family.

The Conflict Within: The Second American Civil War

In 2023 the United States is on the verge of bankruptcy. President Donald Filmore devises a plan to save money, but it involves suspending unemployment and welfare services. With a significant amount of Americans using these services, many turned to rioting. The President, seeing the increase in violence, activates Martial Law and suspends the Second Amendment. Many of the state governors disagreed with this action and decided to secede from the United States creating their own country, The Free States of America, using the ideals of what America should stand for: “The People.” With the country now split into two, the United States doesn’t have enough military forces to handle this new rebellion. The president asked the United Nations for help but no country will help with the matter except for one, Russia. Now with the power of Russia backing the United States, will the rebellion stand a chance to get their freedom back?

Long earned an associate degree in criminal justice and law enforcement technology from COTC and works at COTC and The Ohio State University at Newark as a security officer. He is currently working on the second volume of The Conflict Within: The Second American Civil War.

Central Ohio Technical College and The Ohio State University at Newark have forged an outstanding array of educational opportunities for the central Ohio region and beyond. This partnership is viewed as a model for higher education in the state of Ohio.  At Central Ohio Technical College, students gain hands-on, applicable experience to begin working in the field, or to transfer those credits toward a bachelor’s degree program. The Ohio State University at Newark offers an academic environment that is inclusive of diversity, challenging but supportive with world-renowned professors and access to Ohio State’s more than 200 majors.