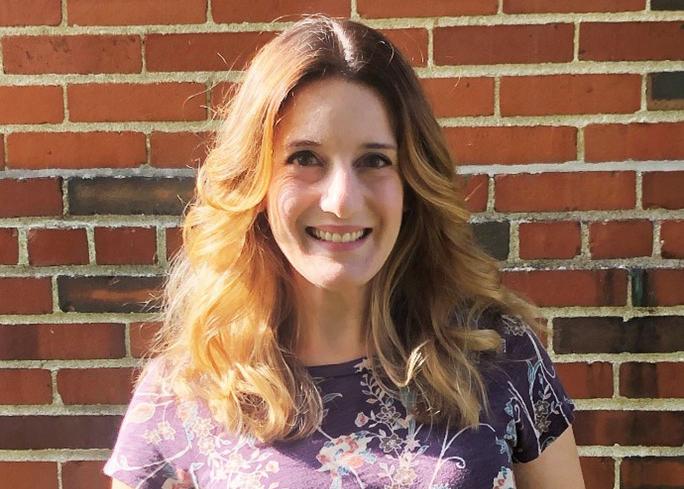 In recognition of Medical Ultrasound Awareness Month this October, COTC celebrates the impact that the many alumni, current students and faculty of its diagnostic medical sonography technology program have on the lives of their patients.

Denise Turner has not had a clear-cut path to her dream career. As a matter of fact, she originally earned a Bachelor of Arts in Liberal Arts and Culture from New Saint Andrews College in Moscow, Idaho. Now she is redefining the possibilities for her career and her life at COTC.

Soon after completing her bachelor’s degree in 2015, Turner got a job as a business associate for an interior design company, but she quickly realized it wasn’t the right fit. Six months into that job, she talked with her husband’s grandparents who are counselors. They suggested ultrasound as a possible career field.

“It would take me several years — and detours — to pursue this career, but I am so thankful that I am finally doing what I was meant to do,” she said. “If I can give my patients the kind of care that I have received and continue to receive, I will feel like I have given back in some small way.”

The healthcare field has always played a significant role in Turner’s life. At 16 years old, she was diagnosed with an autoimmune disorder that meant she spent a lot of time in hospitals, doctor’s offices and outpatient clinics.

“Some of the best care I have received has come from imaging technologists and specialists. I had considered nursing at one time, but I wasn’t sure if it was the right fit, and I didn’t realize that I could pursue imaging specifically,” Turner said.

When she decided to pursue DMS, Turner knew a few things about how she wanted to handle this new foray into higher education. She knew she didn’t want to go through another four-year program. Turner wanted a smaller, close-knit campus atmosphere, at an affordable, accessible college.

“I researched several different colleges in the central Ohio area. COTC’s DMS program stood out to me because of the hands-on learning students receive on day one of class,” she said. “I was excited that I would be learning on ultrasound machines right away because I knew it would mean I would be significantly more prepared for my clinical rotations and, ultimately, my first job!”

“I have enjoyed being at student at COTC. The small class sizes allow more interaction with faculty,” she said. “My program faculty truly want each of their students to excel and succeed. I have worked harder and seen more academic success here than I did elsewhere.”

She currently has a 4.0 grade point average and is on track to graduate in May of 2022.

“COTC has inspired me to do my very best at whatever academic task has been set before me,” Turner said. “I have felt at home at COTC, and I know my graduation will be bittersweet.”

After completing her Associate of Applied Science in Diagnostic Medical Sonography Technology, she will finally be able to have her dream career as a cardiovascular sonographer in a major hospital.