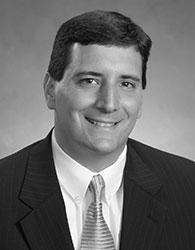 Mr. Montagnese is President & CEO of Licking Memorial Health Systems.  He holds a Bachelor of Arts degree in business administration with a concentration in accounting from Wittenberg University and a Master of Healthcare Administration from The Ohio State University.  Additionally, he is a certified public accountant and a member of the Ohio Society of CPAs and the Healthcare Financial Management Association.

He serves on a number of Boards which include Treasurer and Past President of Big Brothers Big Sisters (BBBS) Foundation Board, Past President and Lifetime Honorary Member of the BBBS Board, Chairman of the Newark Campus Development Fund, Past President of the Salvation Army Advisory Board, Chairman of The Works: Ohio Center for History, Art & Technology Board, and a Board Member for First Federal Savings, Our Futures in Licking County and the Institute for Health Innovation.  He also serves as a member of the Newark Rotary Club and the Boys & Girls Club Advisory Board.

Mr. Montagnese has received numerous awards which include being named to Columbus Business First’s Forty Under 40 list to honor a select group of community and business leaders in the Greater Columbus area, the John W. Alford Memorial Award, a Hometown Hero by the American Red Cross of Licking County, a top 10 national finalist for the Modern Healthcare Community Leadership Award, the Bravo Award for Community Service from the Newark Rotary Club, and was named to Becker’s Nonprofit Hospital & Health System CEOs to Know list for three consecutive years.  Rob was named Executive of the Year through the Columbus CEO HealthCare Achievement Awards, named as a Columbus Business First C-Suite Honoree and was added to the Licking Valley Hall of Pride.

He and his wife, Lauren, reside in Licking County.  The couple has one daughter, Ashley, and two sons, Robby and Brady.