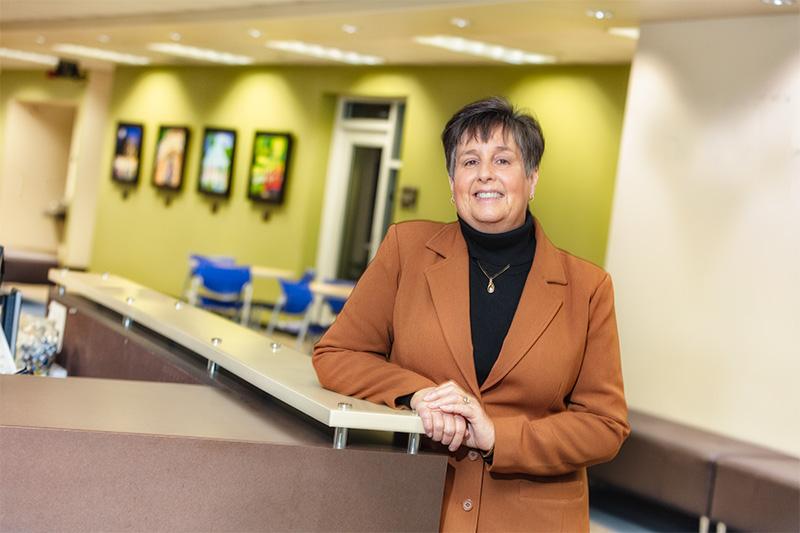 Little did Vickie Sant know, when she began working for Mount Vernon’s First-Knox National Bank in 1976, that in January 2019 she would retire as the bank’s first female president. In fact, her experience at First-Knox was her first exposure to accounting — the field in which she would later earn her degree from COTC.

“Not everyone knows what they want to do as they leave high school,” Sant says. “Some of us need to live a little and gain exposure to some options. I’m grateful that COTC was there when I was ready to make that decision. It truly set my life on a different course and I will be forever grateful.”

Sant served in various positions during her time at FirstKnox, including teller, vice president of auditing, vice president of operations and senior vice president. During her tenure, she was named Employee of the Year in 1986 and, in 2010, named the Knox County Business Woman of the Year. She also went on to earn a bachelor’s degree in business administration from Mount Vernon Nazarene University.

Sant served the college as a member of the Knox Campus Advisory Board. Her community involvement has included membership in the Mount Vernon Rotary Club, Knox County Chamber of Commerce Board, Hospice Board and City of Mount Vernon Audit Committee, among other volunteer organizations.

Since retirement, Sant has enjoyed spending time with her two grandchildren, in addition to walking, quilting and “glamping.” She won the COTC Outstanding Alumni Award in 2013.

“COTC provided me the opportunity to work and go to school at the same time,” she said of her COTC experience. “This allowed me to qualify for better paying positions with career opportunities. This meant a better quality of life for me and my family.”