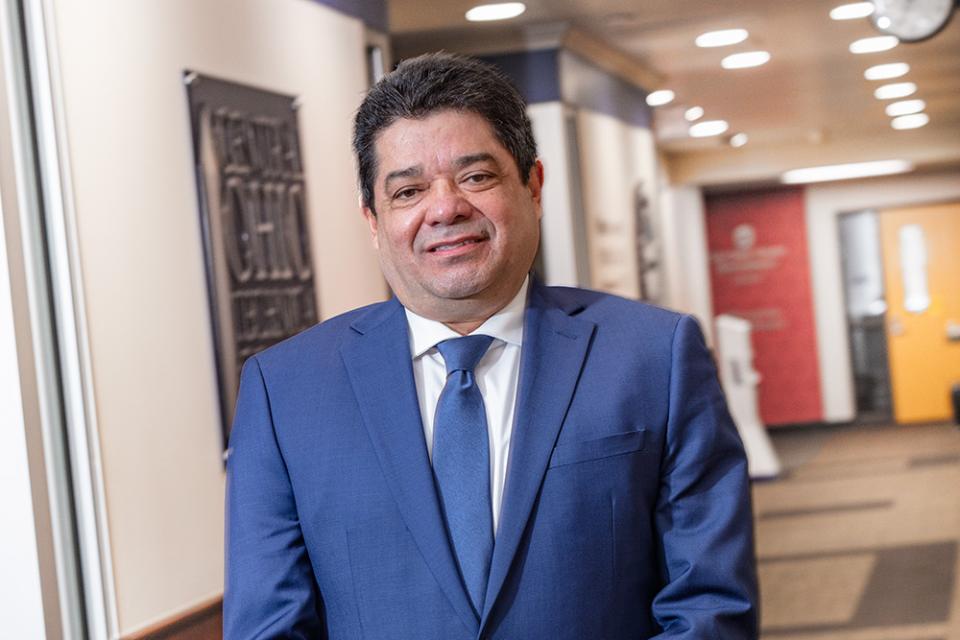 A trip to Newark in 1981 with the El Salvador National Baseball Team was 19-year-old Julio Valladares’ first experience in the place he would later call home.

While his native country was in the midst of a civil war, Valladares felt a sense of peace and welcome in the home of his host family, who gladly opened their doors to him six months later when he decided to move to the United States.

With a roof over his head and support in helping to learn English, Valladares worked odd jobs until he could save enough to make it on his own. In 1985, he was granted citizenship, and five years later, he enrolled at COTC to study accounting, simultaneously working in unskilled labor positions to support himself.

Valladares and his wife, Laura, later moved to Columbus while he was employed with AAA Ohio; he then served as the treasurer of Gahanna-Jefferson Public Schools for 15 years. But when an opening at Newark City Schools (NCS) became available in 2017, Valladares knew he had to return to the place where he’d experienced his first taste of America: Newark. He got the job and returned to Licking County, where he remains as treasurer and CFO of NCS and secretary to the NCS Board of Education.

Valladares is a member of the Newark Rotary Club and the Licking Memorial Hospital Development Council. He also volunteers for Volunteer Income Tax Assistance (VITA), a local affiliate of the Licking County Housing Organization, where he helps the elderly and people who need assistance in filing income tax returns. In 2018, he was recognized with the John C. “Jay” Barker Community Service Alumni Award.