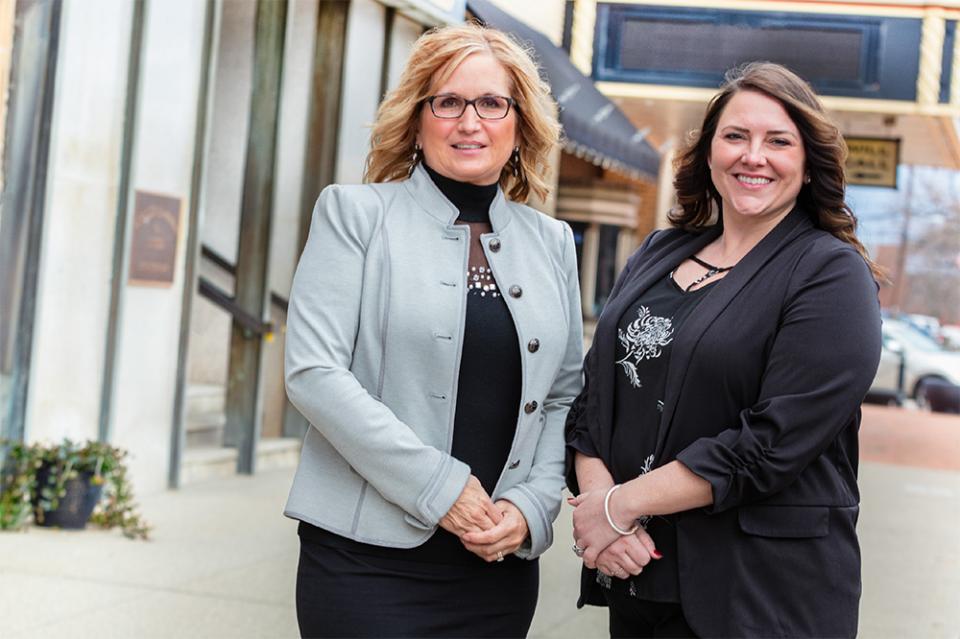 Jennifer McDonald and Brittany Misner may have earned their business management degrees a couple decades apart, but they brought their business acumen to the same table in 2016 and have teamed up since then to propel the Licking County Chamber of Commerce forward.

Thanks to their leadership, the chamber is the third-largest business organization in central Ohio, boasting more than 1,000 members.

McDonald, who graduated from COTC in 1990, spent 13 years as marketing director for the Licking County Convention and Visitors Bureau before joining the Licking County Chamber of Commerce in 2004. She served as the vice president for 12 years before becoming president and CEO in 2016, when she was joined by Misner, who had several years of experience in business and human resources under her belt. The pair have made their mark on COTC, earning awards and accolades for their dedication to the community.

McDonald was the recipient of the COTC Outstanding Alumni Award in 2017 for her efforts with the chamber and in the community, having served on the Heath and C-TEC school boards, Newark-Heath Rotary Club and Licking County United Way, among others. She also is one of the founding members of the COTC Alumni Council.

In 2019, Misner was the recipient of the COTC John C. “Jay” Barker Community Service Alumni Award . Her community involvement spans multiple spheres, from church volunteerism to serving on the Lakewood School Board to serving on the Licking County Courthouse Lighting Board of Directors. She also had a hand in creating the successful Young Leaders of Licking County organization, which grew to include more than 300 up-and-coming local leaders in just two years.

Together, the pair have steered the chamber toward greatness, most recently chalking up a prestigious five-star award from the United States Chamber of Commerce that places their organization in the top 1% of chambers nationwide.