Mark Law and Rhoda Warnock have been appointed as members of the Central Ohio Technical College (COTC) fiduciary board of trustees. 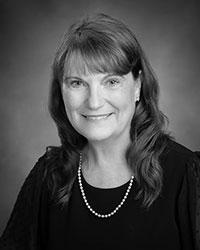 Rhoda Warnock began her career at the Coshocton Grain Company (CGC) upon graduation from COTC in 1984. She embarked on her lifelong career at CGC as a computer specialist and progressed to the position of CEO/CFO. Rhoda completed a Regulation D stock sale of nearly $2 million to leverage funds for construction of a $13 million grain elevator expansion in Illinois while managing the two Ohio elevators. Most recently, she directed the construction of the $10 million Coshocton soy processing plant and rebranded that sector of CGC.

Warnock is filling the board seat vacated by governor-appointed Steve Cohen, who served on the board for seven years, serving the last two as vice chair. During his tenure, Cohen served as the Board Liaison on the Accreditation and Strategic Planning Council, a member of the Board Development Committee, and a member of the Ohio Association of Community College’s Governing Board. He previously served on the Pataskala Campus Advisory Board for six years.

Mark Law, MD, is an ophthalmologist and surgeon at the Center for Sight in Newark and has been a Licking County resident since 1992. He earned his medical degree and completed his residency at the Medical College of Virginia. In between medical school and residency, he performed a one-year internship at the University of California Irvine/Long Beach. After residency, Law completed a cornea fellowship at the University of Louisville.

Law is filling the seat vacated by Gordy Yance whose term expired on Sept. 30. Yance served on the board since 2016 and was a member of the finance committee. He previously served on the Knox Campus Advisory Board and has been an engaged leader, extraordinary advocate and generous supporter of COTC for more than 16 years.