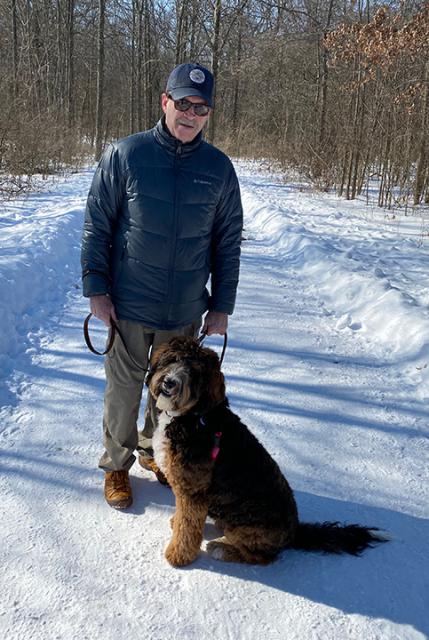 Associate Professor Gary Johnson has been teaching full time at COTC since 2013. Prior to teaching, he was a firefighter and paramedic with the Marysville Fire Department from 1980 to 2012, serving as assistant chief from 1987-2000 and chief from 2000-2012. He is also a U.S. Air Force Veteran. Under his leadership as program director, COTC’s fire science technology program received international accreditation from International Fire Service Accreditation Congress (IFSAC) in 2017 and launched the fire science technical rescue associate degree program — the only one in the nation — in 2019.

Bachelor of Arts in Business Administration from Ohio Dominican University

1987 & 1989 Citation of recognition for EMS performance from Mayor, City of Columbus

What can students do when they graduate with a fire science degree?

Obtaining a degree in fire science makes the graduate more marketable for full-time employment and quicker eligibility for promotion once hired. Many full-time fire departments are now requiring a minimum of an associate degree for promotion from the position of firefighter. Obtainment of an associate degree is also reflected in the U.S. Fire Administration National Professional Development Model, in conjunction with basic fire training.

How did you become involved in firefighting?

I am a 4th generation firefighter. I grew up in and around the firehouse.

What do you enjoy most about teaching at COTC?

I enjoy the interaction with students and providing them with the opportunity to better master the principles of fire science, firefighting and public safety.

What advice do you have for students?
– Integrity, courage, conviction
– Service before self
– Excellence in everything that we do

What interests, hobbies or talents do you have outside of the classroom?